Solar energy is exploding, but barriers persist for recycling

Solar energy is exploding, but barriers persist for recycling 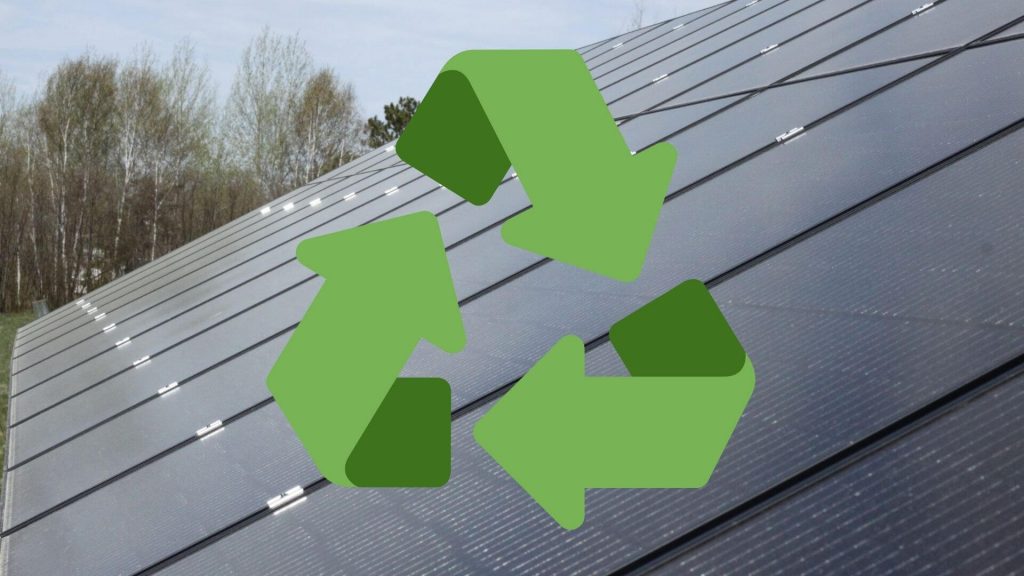 It may not happen for a few decades, but eventually solar panels wear out and need to be replaced. Instead of driving them to a landfill, many people would prefer solar panel recycling.

And that’s not surprising. Solar panel users are likely and rightly concerned about the environment. Rather than burn fossil fuels to keep the lights on, they’d rather harness the abundant sunlight beaming down on their homes or businesses.

But here’s the bad news: Solar panel recycling in the U.S. is only just getting off the ground. That may leave environmentally minded solar users frustrated.

The good news is that there seems to be a growing calls for solar recycling programs and policies. Hopefully solar users will have plenty of recycling options when it’s time to replace their systems years from now.

As solar power becomes more common in the U.S., experts expect the waste to pile up in the future. By 2050, the U.S. could have as much as 10 million metric tons of waste, according to the International Renewable Energy Agency.

But solar panel recycling faces some hurdles, such as the lack of government policies and basic economics. One study from the National Renewable Energy Laboratory said recycling can cost $15 to $45 per module, but the materials the panel is made from are worth just a sliver of that.

What’s in that panel?

Most solar panels on the market today use cells that are silicon-based, surrounded by an aluminum frame. The silicon cells are covered by glass, and copper in the wires connects the modules to each other and other components. That makes a complete solar power system that converts sunlight above your home into electricity at your outlets.

More than 80% of a common solar panel’s weight comes from glass and aluminum. The Solar Energy Industries Association notes both materials are “common and easy-to-recycle.” But those panels may also contain hazardous materials, such as lead or cadmium. Other ingredients include silicon, copper, silver and plastic.

EnergySage, a federally-backed renewable energy marketplace, says recycling the individual pieces of a panel is not necessarily the challenge. Separating and “recycling them each in a unique way is a complex and potentially expensive process,” they said.

A Minnesota Pollution Control Agency report says crystalline silicon modules “can be processed and components recovered through mechanical means such as glass crushing, film delaminating/shredding (which may include heat and chemicals), and mechanical sorting of the components.”

Researchers at the National Renewable Energy Laboratory and their partners defined “integrated” recycling as having three steps: “mechanical removal of the frame and junction box; removal of the encapsulant to separate the glass and the silicon wafer through thermal, mechanical or chemical processes; and subsequent separation and purification of the silicon wafer and specialty metals (for example, silver, tin, lead, copper) through chemical and electrical techniques.”

We’re installing a lot more panels than we’re disposing of today. That may help explain why there aren’t a plethora of options for dedicated solar recycling facilities. But what are the current requirements for disposing of solar panels? Since there’s no federal policy specifically addressing this issue, the answer to this question depends on where you live.

Minnesota’s recycling policy treats panels from homeowners and businesses slightly differently. Commercial entities disposing of panels must have them inspected to determine if they should be classified as “hazardous waste.” That means they must go to a permitted facility and be handled in a certain way, according to the MPCA.

Homeowners who own their panels, however, can simply take the panels to a landfill, like other solid waste. Minnesota encourages people to recycle, however. The agency notes that contractors and installers “may retain end of life management responsibility for leased panels.”

Ramsey County, which is where St. Paul is located, has a helpful list of solar recyclers in the Twin Cities area.

State permits, which are required for facilities larger than 50 megawatts in Minnesota, “do not require the permittee to address end of life management of PV panels,” according to the MPCA. These are the largest facilities in operation today and only a few had actually been approved in Minnesota.

Similarly, Wisconsin doesn’t have any special rules for disposing of solar panels. But it requires businesses and institutions to find out if their waste should be classified as hazardous, according to that state’s Department of Natural Resources.

Minnesota lawmakers have shelved bills in recent years that would require solar panel makers to implement a statewide stewardship program. One version of the bill would have required manufacturers to execute agreements to “collect, transport, and process the solar photovoltaic modules for end-of-life recycling.”

Minnesota officials are working on the issue, however, as solar panels become increasingly common. A working group formed a few years ago by the MPCA, Minnesota Department of Commerce, and Minnesota Solar Energy Industries Association “hopes to assist in development of environmentally sustainable policy, financial, and technical (end-of-life) management options for PV equipment in Minnesota,” according to the NREL.

Meanwhile, the state of Washington “will require PV module manufacturers, beginning July 1, 2023, to finance the takeback and reuse or recycling of PV modules sold within or into the state,” according to one NREL report.

The NREL, which is a part of the U.S. Department of Energy, recently released a series of studies on solar recycling. Among their findings was that there is “little incentive for private industry to invest in PV recycling, repair, or reuse due to current market conditions and regulatory barriers.” They said “most companies only recover bulk material and leave behind high-value materials such as silver, copper, and silicon.”

The MPCA report estimates the cost of landfilling PV panels as solid waste or non-hazardous industrial waste is $1-$2 per panel, not including transportation. Recycling will cost more, “in part to the low volume of material available for recycling and the resulting lack of dedicated recycling collection and processing infrastructure.” The MPCA has been quoted as much as $24 per panel, including transportation, for recycling.

Still, the MPCA notes that cost will come after a panel’s (hopefully) long life. If a panel lasts for 30 years, its recycling costs will represent less than $1 per year over its life.

The NREL points to several positive signs and opportunities in solar recycling. For one, the number of recyclers accepting solar modules is growing. And there’s a huge potential market for recovered materials, totaling $60 million in less than 10 years. That’s expected to coincide with continued growth in solar energy.

And if recyclers can recover “higher-purity silicon,” the process becomes more financially feasible, researchers from the NREL and elsewhere said. They recommended research and development in this area. They also highlighted the potential for refurbishing and reusing panels to extend their lifespans. That would delay a trip to the dump or recycling center.

The Solar Energy Industries Association, a national trade association, has formed a network of vetted recycling services. The NREL says such a program “can enable recycling of PV modules by making it easier for stakeholders to find a company to responsibly manage their decommissioned PV modules.”

SEIA’s recycling partners have processed more than four million pounds of solar modules and related equipment, according to the group. One of those partners, a solar equipment manufacturer named First Solar, says it has recycling facilities at its manufacturing plants. Its process allows almost all of the semiconductor materials to be reused.

European officials, meanwhile, have developed their own rules and products. In The European Union, panel suppliers are required to finance collection and recycling. A French company opened a plant that can recycle 1,300 tons per year, according to the MPCA. That facility can recover glass, silicon, plastics, copper and silver.

Still, researchers note that there are “very few recycling facilities designed to handle PV modules” in the E.U. They also said “information about their recycling efficacy and economics is not publicly available.”

Some in the solar industry are beginning to recognize the urgency of the problem. One industry veteran interviewed by Solar Power World called for quick action on the issue. Another article by pv magazine last year called the lack of solar panel recycling in the U.S. a “looming issue that could harm industry growth and reputation.”

The head of Recycle PV Solar told Grist Magazine last year that only a tenth of panels are recycled today. That means there’s plenty of room for improvement.

“While it’s important for solar to be a growing, and accelerating, piece of our global energy mix, it’s also important to get ahead of solar recycling while the demand is low because the need will ramp up in the next decade as first-generation solar installations begin to age out,” he wrote.

IGS Energy has a helpful write-up based on an NREL study that found panels degrade about .5% every year. That means they’ll produce about 95% of its rated power after 10 years.

Questions over what to do with aging solar panels will become only more pressing in the future. More homeowners and utilities, spurred by environmental concerns, regulatory requirements and financial incentives, are looking to install solar panels. In less than 10 years, the state of Minnesota wants to be producing 10% of its electricity from solar.

All of that means you’ll soon be seeing more solar panels on homes and businesses in your neighborhood. Hopefully we won’t be seeing more of them in the landfill as well.